Connecting with Our Largest Cohort

As the largest generation in history moves into its prime spending years, they’re reshaping the economy while their experiences are changing the ways we buy and sell, forcing companies to examine how they do business for decades to come.

In a different world comes a different worldview. And nothing could be truer than for Generation Y. They’ve grown up surrounded by rapid lifestyle shifts, technological changes and rising expectations, giving them a set of priorities and demands sharply different from any other generation. In fact, as Australia’s avo-on-toast-chomping Gen Y’ers hurtle toward peak maturity, it’s seen many businesses failing to adapt to their needs and asking what they want.

True business innovators understand their customers’ needs by asking questions, particularly in such a semantic economy like ours where it serves little purpose to ask what business we’re in anymore over why we’re in business to begin with. That’s consideration – both for the company and the customer. Secondly, it’s a question of capability over core competencies. Those who follow their capabilities will do very well. Forget what industry you work in because we’re all competing for a portion of the same dollar. This leads to my third point of changeability. Without a versatile approach, you risk everything coming to nothing.

So, why should we pay attention to Gen Y? Here’s a few stats to size it all up from the Nielsen Australian Millennial Report (March, 2017). Gen Y (currently aged between 18-34 years depending on who you ask) account for more than 29% of Australia’s population (over 8.6 million). Thanks to our faster-than-anticipated societal growth spurts (this month reaching 25 million – 32 years earlier than predicted) Gen Y will continue to catapult in size until 2034 both as a result of net migration and generational shifts up the scale as they age (accounting for 54% of the population by 2030).

Currently, Gen Y have an average personal income of $71K and household income of $94K with 1 in 4 describing themselves as affluent and is aligned with their inclination to pay more for quality which enhances their self-expression and conveys a certain image. As a result, 60% say they’re happy to pay extra for quality. That’s great news for business because they command over $200 billion in annual spending power as well as around $1.4 trillion in net wealth. What’s more, a mind-boggling $3.5 trillion in intergenerational wealth will transfer down to Gen Y over the next 20 years.

Armed with all that info, there’s no question we need to pay attention to Gen Y, but is your business capable of winning their confidence? While the Nielsen report highlights that a greater proportion of Gen Y will accelerate trends already around such as a shift towards more digitally-based products, those producing sustainable or organic products and those providing services such as entertainment and travel, your capability to service this demographic, combined with your level of commitment to changeability, will determine your value to our most ‘valuable.’

Take wristbands as an example. When I started AAC ID Solutions 21 years ago, the usage for wristbands was siloed compared to how they’re used today. When you take a look at the history of wristbands, you begin to better understand the idea of capability. The first recorded mainstream use of wristbands appears to be around the early 1950s when beaded identification wristbands were introduced for newborns in hospitals. Within 10 years, plastic-based wristbands were rolled out in hospitals across the US for improved patient identification as a result of major administrative and structural changes taking place within the healthcare sector.

Around that same time, in Wilmington, Delaware, a DuPont technician just happened to notice some polyethylene fluff coming out of a pipe in one of their labs. When flashspun, it proved to be synthetically something out of this world – an extraordinarily tough material that couldn’t be torn but easily cut with scissors or a knife. Thus began the advent of Tyvek. Purposed commercially a few years later, by the late 1960s it was most commonly used as housewrap to protect buildings during construction. But things begun to change and by 1976, fashion house Fiorucci made an entire collection out of Tyvek while a couple of years later, American new wave band Devo appeared with custom Tyvek leisure suits along with what’s believed to be the first Tyvek wristbands.

For DuPont, it was innovative capability that saw a chance product readily adapt itself to so many uses. And at AAC ID Solutions, it’s that same approach to capability that’s seen us steer Tyvek wristbands into a variety of adaptable and new uses: branding and messaging, competitions, crowd control, identification, membership, safety, security, sports, souvenirs, team-building, ticketing and so much more. And it’s because of that capability that’s also resulted in our Tyvek wristbands remaining current with the market and the most in-demand wristband for 21 years.

Having only been in the business for a few years at the time, it was in the early 2000s when I expanded our wristband range to include silicone. It wasn’t long before they almost knocked awareness ribbons entirely off their perch. Nobody really could’ve predicted disgraced cyclist Lance Armstrong’s iconic yellow ‘Livestrong’ charity wristbands becoming the phenomenon they did as a fashion accessory that makes a statement. But while silicone was seemingly siloed into single-purpose usage for supporting cause-related charities, community groups and social movements, I took my experience with Tyvek and applied the same capability principles. Figuring those capabilities out has been half the fun. And when I factored in consideration (Gen Y is the most connected and digitally empowered generation) and changeability (product adaptability to participate), now’s the time for wristbands to disrupt the digital space. And that’s my point. Stripped back, wristbands are a simple piece of material that have achieved incredible capability, changing with market needs and demands and fulfilling a purpose where no effective alternative exists. And it has Gen Y or its decadal age equivalents to thank for that. They’ve demanded it; the wristband’s delivered it.

So, remember: consideration, capability and changeability. 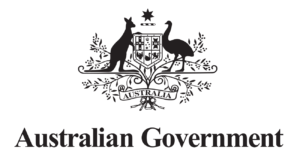 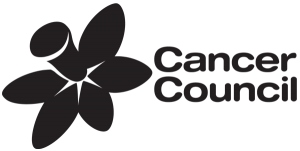 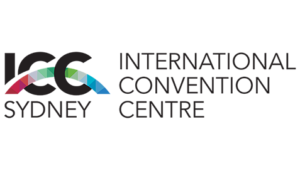 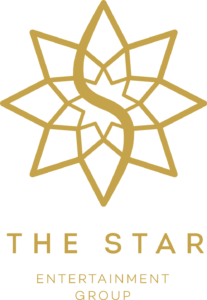 Looking for ideas and inspiration? Sign up to our monthly newsletter today and stay informed about new products and releases, exclusive offers and product discounts across our range.

Google Rating
4.8
Based on 21 reviews

RSL Mandurah
05:04 08 Sep 19
From order to delivery the service was efficient and speedy. Very happy.

Katharine MacDonald
22:57 03 Sep 19
great product, enduring, quick response to queries and orders. Our custom printed wristbands were just what we wanted and as per the order. Quickly completed and sent too.

Karla Keen
01:44 28 Aug 19
Ordered wristbands for my event, easy to deal with, high quality product. All round great service. Will recommend to others !!

Xavier Doerr
01:39 28 Aug 19
Bought a large quantity of wristbands from Luke, and I was incredibly impressed with his genuine care when dealing with myself and other business partners. He provided our business with a high quality solution that exceeded our expectations.

Chloe Bischof
01:39 28 Aug 19
Brought wristbands here and have zero regrets! Fast and friendly customer service with great quality products. Definitely recommend and will be back.

Accounts TriTravel
01:27 08 Jul 19
We have used AAC for a number of years now and Luke is a great Sales Rep who helps and advises every step of the way. The process is very professional and efficient and we have always received our wristbands on schedule. Would happily recommend AAC!

Jennifer Perrotin
08:00 28 Jun 19
I have dealt with AAC a few times now and cannot fault them. AAC service is flawless and if they don't have it advertised on their site they will get back to you and make it happen. Emily Hinz is a fantastic sales rep and will go above and beyond to make sure everything is perfect. Quality of goods is great and the price is competitive in the market. I would highly recommend AAC.

Ash Ghasemi
04:53 19 Jun 19
Great company to deal with; We are very happy with the quality of the goods as well as the service provided.

bulloo shire
03:45 19 Jun 19
From a business perspective I find that AAC Event specialists are very quick and efficient in answering inquiries and delivering the final product.Will recommend.

Shaylee R
23:30 16 Jun 19
We have used AAC for a number of years for plastic tokens. The customer service and product quality is fantastic and we look forward to working with the wonderful AAC team again in the future.

Leonie Mawkes
06:50 13 Jun 19
AAC Event Specialists provide us with a range of products for the RCD Foundation and our 'more fun than run' Connor's Run. From wristbands, to lanyards, lanyard pockets, and other promotional material, I find them to be very competitive from a price perspective. But even better, from a customer service perspective Emily goes above and beyond to help us and I very much value the relationship we developed over several years.

Jacqui Alexander
03:55 22 Feb 19
Thank you for always assisting with my security ID needs and promotional products.AAC is locally owned & operated and have been supplying my Venues for 20 years with Wristbands, Lanyards & Drink Tickets for all of my Events & Functions. Your fast and efficient service within a 24 hour turnaround for Australian made wristbands is greatly appreciated. Wouldn’t use anyone else for Wristbands, great customer service & prices.

Stuart I
06:22 20 Sep 18
Wow, great company! Urgently needed some custom wristbands and AAC were only to happy to accomodate. They promptly delivered my order a few days later for my event. Highly recommend.